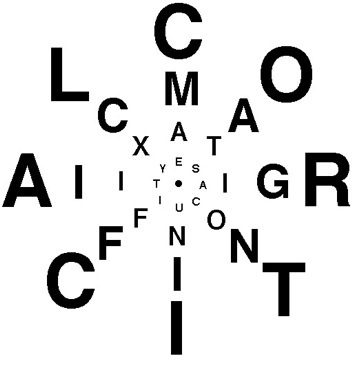 With strict fixation of the center spot, each letter is equally legible because it is about ten times its threshold size. This is true at any viewing distance. Chart shows the increasingly coarse grain of the retinal periphery. Each letter is viewed by an equal area of visual cortex (“cortical magnification factor”) (Anstis, S.M., Vision Research 1974).