Below:  All the diamonds are identical. However, each row of diamonds looks darker  than the row above it. This illusion is related to Craik-O’Brien-Cornsweet edges.

Cumulative Cornsweet effect. Each individual diamond on the left appears to have fairly uniform lightness which then increases from darker for the bottom diamonds to lighter for the upper ones (Watanabe, Cavanagh, & Anstis, 1995). This global lightness shift is opposite in direction to the actual luminance gradients within each diamond. In addition, the cumulative Cornsweet effect is more evident on the left for the pointy diamonds than on the right for the squat diamonds. 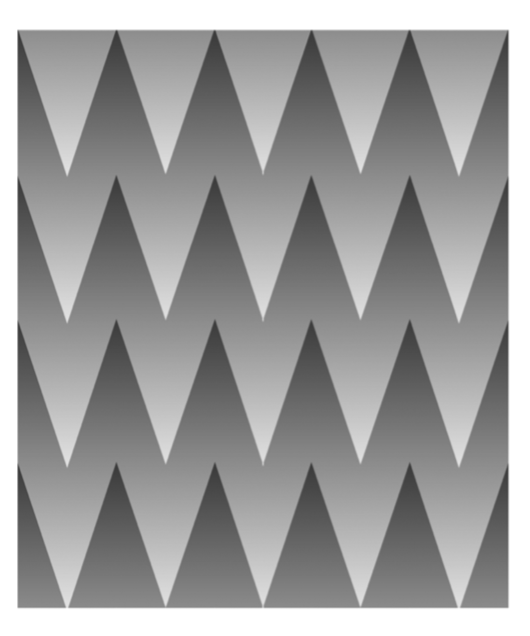 A set of identical spiky bars each having the same luminance gradient also produces a cumulative lightness increase as the mean luminance across the borders increases along the border, as it does in the diamond pattern.