A Bit About Stuart 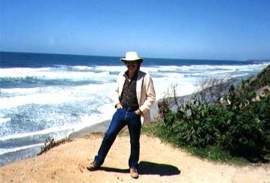 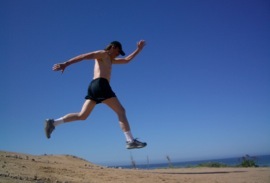 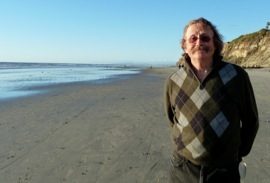 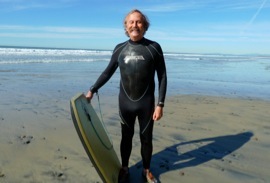 Dr. Stuart Anstis was born in England and was a scholar at Winchester and at Corpus Christi College, Cambridge. He took his Ph.D. at Cambridge with Prof. Richard Gregory. He has taught at the University of Bristol, UK, and at York University, Toronto, Canada. Since 1991 he has taught at the University of California, San Diego (UCSD). He has been a visiting scientist at the Smith-Kettlewell Institute, San Francisco, the San Francisco Exploratorium, and at IPRI in Japan. He has published about 120 papers on visual perception, including the perception of real and apparent motion, Pulfrich’s Pendulum, movement aftereffects, contingent aftereffects, coloured afterimages, normal and defective colour vision in babies, adaptation to gradual change in luminance, and the apparent size of holes felt with the tongue. Has also worked on hearing, including adaptation to frequency-shifted auditory feedback, hearing with the hands, adaptation to gradual change in loudness, and perfect pitch; and on motor aftereffects after jogging on a treadmill. With George Mather and Frans Verstraten he edited a book on the motion aftereffect . He has given over 250 invited presentations on his research throughout the USA, Europe and Japan, including an invited address in the President’s Symposium at the annual meeting of the Society for Neurosciences a few years back, the 1998 Max Wertheimer Lecture in Frankfurt, and an invited address to mark the opening of a new exhibit of Visual Illusions at the University of Nevada, Reno in 2008. His work has been featured in Discover magazine and in occasional television programs. He has won awards as an outstanding teacher at York University at UCSD (2010),  and at Earl Warren College, UCSD, where he was invited to give the commencement speech to 8000 people at the graduation ceremony in June 1999.  He is the recipient of the Kurt Koffka Medal for outstanding contributions to visual science in 2013, a Fellowship from the Humboldt Foundations, and is a Visiting Fellow at Pembroke College, Oxford. He now lives in Del Mar, California.